Love Redefined and the CEB 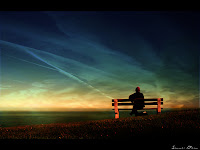 Dream realized today!  Everyone mark your calendars....I am posting my first blog for the Common English Bible (CEB).  If you have ever read this blog you know that I LOVE the CEB - it is my favorite translation and I give out copies whenever I get a chance.  If I had the money I would buy the entire Bible to give away - but I'm in ministry - so I'm broke.  So, my loyal readers, who request a CEB from me, will have to be content with the New Testament).

I started this blog for several reasons and one of them was that I often spoke with people who did not see a "love disconnect" who did not see a need to take a fresh look at love and how we abused love in our society.  Then I stumbled upon a fresh take on the ultimate book on love ever written.  The collaboration that wrote it simply calls it the Common English Bible (CEB)- I call it a ministry breaker.  To say that I am concerned or offended that it might "put me out of business" would just not be true.  I take copies of this Bible everywhere I go - when I speak or have a meeting with someone.  I immediately purchased 50 copies of the New Testament (it was only available in the NT when I started out - now it is all I can afford) in the CEB because it changed my life and I began giving them out every time I speak. It's getting expensive - but it is worth it - because many people after simply hearing what I have to say (and I quote the CEB in all of my talks) say they have never heard Scripture presented like that and suddenly they are on board with a concept that beforehand never seemed necessary.  Redefining love is not a difficult concept to grasp (check out the basic idea) but without the help of the Common English Bible it would not be possible. 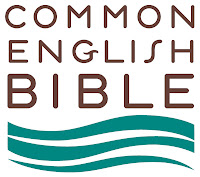 I have been working on this concept for quite some time and yet there was never a Bible translation available that flowed naturally with the topic.  (Do you want a copy of the CEB?  Click here to send me an e-mail and I'll send you a NT for FREE!) A translation that flawlessly flows into natural speech is important to me because it helps me get across the concepts without "preaching" at people (and I'm a pastor so I know all about preaching) because it isn't about pounding it into their heads - it's about love.  I really feel that the CEB paints that picture perfectly - it really gets across the idea of love in a fresh and new way.

The Danger of being Passive.... 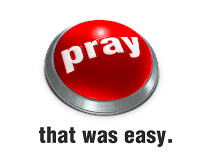 As Christians we are so quick to say – I’ll pray about it and then we don’t or we are “waiting on God” to make a decision when in reality we need to act.  If I’m being honest with myself, I’d rather sit down with a cup of coffee and blog about it before actually doing something about it.
I know.
It’s horrible.
It makes me sick to even think about it.
But how often do we do this?
How often would we rather spend some time in Starbucks talking about it or post a status on Facebook than actually take a stand on something?  When did it become okay to tweet your frustration instead of stepping up and making a change?  Are you feeling lethargic?  GET OUT and do something!  Matthew 28:16-20 says:

“Now the eleven disciples went to Galilee, to the mountain where Jesus told them to go. When they saw him, they worshiped him, but some doubted. Jesus came near and spoke to them, ‘I’ve received all authority in heaven and on earth. Therefore, go and make disciples of all nations, baptizing them in the name of the Father and of the Son and of the Holy Spirit, teaching them to obey everything that I’ve commanded you. Look, I myself will be with you every day until the end of this present age.’” (Common English Bible – emphasis mine)

I’m not saying that if you can’t get out of your house that you’re a failure.
I’m just saying put your money where your mouth is.
Don’t complain if you aren’t willing to do something about it.
Christ didn’t sit around a wait for people to come to him and if anyone could have done that – it would have been Jesus.   He went to where the people were.  If that means that you see a homeless person and you don’t have any money to give them – pray for them.  All I’m asking is that you be outward minded.  As a pastor I need to be more inward focused – and guess what – I should be.  That is my job to build up the Christian Community – but we need to redefine love for those around us – so that they stop thinking about themselves and get comfortable with passivity.
So get out there – redefine love – SERVE others and make disciples.
I’m doing something I don’t normally do – I’m posting here – and putting a link on my church’s blog.  Two reasons – I want to dialog about this and I think this will give a bit more traffic to do that.
Posted by J. Burris at 7:57 AM No comments: