From The Garden To The City Blog Tour - #5

Right now I am sitting in Nashville, TN in someone’s upper room (literally – we don’t really do hotels…we much more prefer the cheaper route aka a bed and breakfast) preparing for the American Association of Christian Counselors world conference taking place the remainder of this week.  I’m sitting on a bed connected to free wireless the only thing that could make this better would be a good cup of coffee… 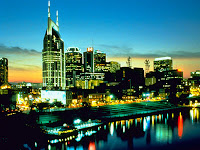 This is a great thing for several reasons.  One, I’m a country music buff…I LOVE this stuff.  Especially the old Nashville types, Johnny Cash is my favorite…I got to go to the Ryman Auditorium today…VERY COOL.  Johnny Cash, June Carter, Carl Perkins, Jerry Lee Lewis, and Elvis Presley transformed music from hillbilly music and bluegrass to rock and roll.  All of that began here in Nashville.  Two, because of the awesomeness of technology I'm still able to share this blog post with you guys even though I'm not at home.
Some of you might be thinking that I’m just sharing just so I can say I’m in Nashville and you would be right – but I’m not – well I am, but I’m not just doing that.  In the book John starts out by discussing the jumbled mess that is the definition of technology.  Our word technology comes from two Greek words téchnē which means “craft, skill or art” and logia “which refers to the systematic study of a subject.”  So, according to the ancient Greeks music is technology.  The distinction between fine arts and technology didn’t happen until the 1600’s.  But in 1650, everything changed.  A little thing called The Industrial Revolution.  Then it wasn’t long until technology exploded and a better definition was needed.

“To help comprehend the enormous complexity of technology today, philosopher Stephen J. Kline has broken it down into four discernable layers” (pg 60). 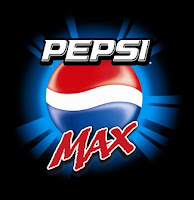 Technology as Hardware
This is the most basic tech.  We are talking hardware type things shovels, clocks, guns, belts, and cans of Pepsi Max.  “…any physical object that does not occur naturally in our world counts as technological hardware” (pg 60). 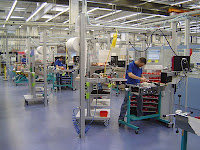 Technology as Manufacturing
This layer of tech pans out and distinguishes between hardware and the tools and machines that make that hardware.  “This includes everything from the people running the machines to the electrical grid powering the plant to the legislation that regulates the industry” (pg 61).  This layer holds considerable significance because it did not exist before The Industrial Revolution.
Technology as Methodology 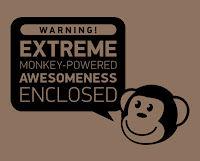 This is actually “…the knowledge and know-how necessary for making technological products” (pg 62).  This includes the “IT guy” (in my church this is also known as ‘the associate’ but I like to call him, me).  One theologian even exposes our need for technology.  We apply technological thinking to everything that we do!  “For example, when we apply La Technique (technological thinking) to the Great Commission to ‘make disciples,’ the result is often the creation of a ‘discipleship program’” (pg 63).  Then, we Christian Educators (again, this is me) and church staff try and “push” our members through these programs.  That way, when they come out the other side they will be “disciples.”  Unfortunately it doesn’t work that way because, as John points out, we can’t treat the human soul like a machine.
Technology as Social Usage

This final layer is how we use technology.  The customs and social rules around how we treat tech, the example that John uses is the social media program Twitter.  Originally Twitter was intended for a way to send mass text messages.  But, Twitter users (I’m one of them!  Follow me here) started using Twitter in a way that the designers did not expect.  Users began using Twitter less with text messaging and more time was spent on the actual site and via third party programs.  Twitter was also being used more for two way conversation instead of mass communication.  “…technology can also shape entire cultures, and in turn be shaped by those cultures” (pg 65).
John Dyer then takes all of these various layers for technology and condenses it into a working definition.

Check out the ChurchMag post by Tim Ricchuiti on this chapter here.
Posted by J. Burris at 5:17 PM

Email ThisBlogThis!Share to TwitterShare to FacebookShare to Pinterest
Labels: From the Garden to the City blog tour, guest posting, john dyer